Recent article in the Kansas City Star talks about the need for additional funding in Kansas prisions.  99 new law changes in 6 years making it tougher on people convicted of a crime.  Increasing punishment year over year may not be the answer to reducing crime.
Tougher sentences boost cost of justice in Kansas:  State officials consider early release, prevention methods in response to overcrowding and reduced funds.
By: Joe Lambe of the Kansas City Star 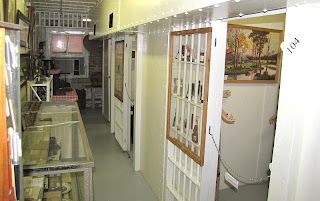 Ninety-nine times over the last six years, Kansas legislators have changed the law to make sure that crime doesn’t pay.  But as tougher penalties pack more criminals into prisons that are already overcrowded, the state is struggling to balance the new costs of justice against needs such as education and social services.
A recent tally showed that Kansas men’s prisons were more than 250 inmates over capacity. In a decade, they’re projected to be short about 2,000 beds. Prisons for women also will exceed capacity in about seven years, according to the Kansas Sentencing Commission.
State officials are considering solutions that will keep the public safe while releasing some prisoners sooner than planned or keeping them out of prison in the first place, said Kansas Corrections Secretary Ray Roberts. So far, the idea of mass releases that some states have turned to is not on the table.
Roberts has three broad options — or a mix of them — in mind: build more prisons, house prisoners in county jails or cut recidivism by helping paroled prisoners. Each idea would cost millions of dollars, he said.
Wyandotte County District Attorney Jerome Gorman said administrators need to find a way around the problem because police and prosecutors will continue to haul criminals before judges.

“We would be opposed to any kind of early release determination by administrators after experts like police, prosecutors and juries have determined what a sentence should be,” he said.  Roberts said there is no easy solution.  “What’s driving the population is 99 changes in sentencing since 2005 — increasing punishment for sex offenders, violent offenders,” he said. Other changes to the law have taken crimes that used to be punished by probation and made them subject to prison sentences.  Also, 27 percent of Kansas prisoners have severe and persistent mental illness, Roberts said. But money for transitional housing and other programs has been eliminated in the last few years.

Roberts is requesting $4.8 million to restore some housing, substance abuse treatment and education programs in the 2013 budget, which starts in July. Such programs controlled the prison population years ago by reducing the number of ex-convicts who returned to custody, but the Kansas Sentencing Commission reports that the current crowding problem comes mainly from tougher laws.

The situation is far less dire in Missouri, which has not exceeded its prison capacity in recent years. Missouri has not projected how many people will be behind bars there 10 years from now, a spokesman said.  Roberts expects the state to spend about $1.5 million through the end of June to house state prisoners in county jails. He wants $2.5 million to cover that expense in the 2013 budget.  Roberts and Rep. Pat Colloton, a Leawood Republican on the sentencing commission who chairs a House-Senate committee on corrections and juvenile justice, listed some other options:


• Allow more inmates into a drug treatment diversion program, and let them in more often. The program now admits only minor offenders who can use it only once to avoid prison.
• Let all inmates into a behavior program that can shave 60 days off their sentences.
• Colloton is introducing a bill that would promote the Johnson County district attorney’s mental illness diversion program, which allows minor offenders to have charges against them dropped.
Meanwhile, a recent count totaled 8,635 in Kansas men’s prisons — 266 over capacity. And Kansas was also paying a total of $1,640 a day to keep 41 state inmates in county jail cells.
Read more here: http://www.kansascity.com/2012/01/02/3349648/tougher-sentences-boost-cost-of.html#storylink=cpy
Posted by Brandan Davies Esq. at 12:21 PM No comments: