Police grant young man's wish to be Batman for a day!

Heard this on the Radio today.  Pretty neat idea and pretty nice of the police and firemen to take the time to set that up and entertain a kid that has had a rough go.  I guess a few less speeding tickets were handed out and a few less people were pulled over by the cops but I bet this kid had one heck of fun day.

It started with a young boy who likes Batman wishing he could be Batman for a day.  The police and firemen took on the project and ran with it.  The police had the young boy dress as Batman then had a policeman also dress in up as Batman the put a logo on the police car and staged a robbery at a local bank.  The two Batmen showed up to find a realistic looking joker in the middle of the robbery.  Where they foiled the robbery and took the Joker in.

The Fireman set up a fake car bomb planted by the Riddler where Batman helped the police arrest the bad guy.  This is one of the coolest use of public service ever.    Here is the video below.

Posted by Brandan Davies Esq. at 7:32 AM No comments:

Email ThisBlogThis!Share to TwitterShare to FacebookShare to Pinterest
Labels: batman cops, boy wishes to be batman for a day

And we all thought professional golf was a game for poised and put together folks who never make mistakes.  Looks like we were wrong and even famous Masters champs make the same mistakes we all do.  Just like you or I, sometimes running late for an important meeting (or Royals game) causes our judgment to lapse and we get a speeding ticket.

Here is a video talking about how we can fix your Kansas Speeding Ticket.

Here is the Article about the speeding ticket for more information. 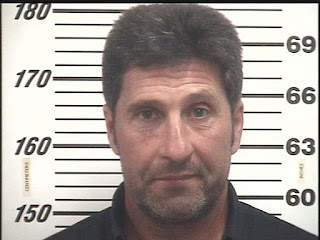 SPRINGFIELD, Ga. - Speeding between the Masters and his next tournament cost Jose Maria Olazabal $621 when a Georgia sheriff's deputy pulled him over for driving 97 mph on a rural highway.
Olazabal, the Ryder Cup captain for Europe, agreed to follow a deputy to the Effingham County Sheriff's Office and pay the speeding ticket in cash. The Spaniard was stopped Monday afternoon traveling from Augusta to Hilton Head, S.C., for the Heritage tournament, sheriff's spokesman David Ehsanipoor said.

Ehsanipoor said Tuesday that Olazabal "apologized, he was cooperative and after the paperwork was done he went on his way." He says the deputy clocked Olazabal's Mercedes exceeding the posted limit of 65 mph on the rural stretch of Ga. 21, a divided four-lane highway near the Georgia-South Carolina state line.  Olazabal's manager, Sergio Gomez, did not immediately respond to an email seeking comment.

The two-time Masters champion wasn't jailed, but his mug shot was taken. Ehsanipoor said the sheriff's department photographs everyone who is brought in on a criminal charge or citation.  Olazabal, inducted into the World Golf Hall of Fame in 2009, has won 29 times around the world and played on seven Ryder Cup teams. He won the Masters in 1994 and 1999.

Posted by Brandan Davies Esq. at 6:04 AM No comments: