Lawyer at Copley Roth and Wilson gets largest Truck accident settlement in Missouri in 2015. 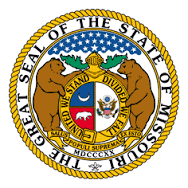 The widow of a 64-year-old man who died in a truck collision settled a wrongful death suit for $11.6 million, according to her attorneys. The collision occurred on a Missouri interstate highway near a construction zone where traffic had slowed due to congestion, said Jason P. Roth of Copley Roth & Wilson in Overland Park, Kansas. The truck driver collided with the rear of the decedent’s vehicle at highway speed, with no evidence of braking or any evasive maneuver, the plaintiff alleged.

Extensive discovery revealed the truck driver was recently promoted to a salaried office position where he was not regularly driving a truck, Roth said. Under federal regulations, a driver of a truck cannot drive after working in any capacity for 70 hours in a period of eight consecutive days without 34 hours off duty. The plaintiff alleged that at the time of the collision the driver had been on duty for more than 70 hours.

The plaintiff also raised concerns regarding the truck driver’s physical qualifications to drive a truck. The truck driver weighed more than 400 pounds, and discovery in the case revealed the driver had been found at risk for sleep apnea but the company failed to follow up on the numerous warning signs regarding the driver’s physical qualifications, Roth said.  Roth said that with the history of excessive daytime sleepiness, likelihood of untreated sleep apnea, and driving a truck in excess of his allowable hours of service, the truck driver likely fell asleep at the wheel.

Shortly before the scheduled depositions of the trucking company’s experts, the company agreed to settle for $11.6 million. The trucking company also indicated it would discontinue its practice of using salaried office workers to intermittently drive trucks and re-evaluate its program regarding driver health and physical qualifications, Roth said.


An attorney for the defendant declined to comment.
Posted by Brandan Davies Esq. at 1:20 PM 2 comments: