Serologist may be charged with faking results on Rape Kits!

When the police are trying to build a case against someone they need evidence to do so.  Sometimes a case warrants the use of DNA testing to tie a suspect to a particular crime.  This type of evidence is particularly useful in cases of rape.  So much so that laboratories have made a "kit" to use when a doctor examines a suspected victim of a rape.  These "kits" are then sent to a laboratory and tested for DNA evidence.  This is all a generally common practice and can be useful, so long as it is done with integrity...and that is where this jerk steps in.

What if the person who was paid to perform the DNA tests wasn't trustworthy? Turns out that a person in Texas has been doing just that.  Falsifying reports based on DNA evidence and that doesn't exist.  Who knows how many innocent people this person has helped the police put in jail? ...or how many guilty ones they have let go free?

The Tarrant County District Attorney's office needs to find a way to prosecute this individual.

Here is the article about what is happening to this fraud.

Attorney seeks release of documents on serologist who falsified reports

By: Yamil Berard,
FORT WORTH -- A prominent Fort Worth criminal defense attorney is seeking additional information on a county serologist, who was disciplined by the state's top forensic board for professional misconduct but was not prosecuted.  The serologist, who resigned in March after a supervisor discovered that he had fabricated test results for two unopened rape kits, may have "committed a crime" in the lab of the medical examiner's office, attorney Mark Daniel said.  He "knowingly falsified forensic laboratory results," Daniel said, and could be subject to a third-degree felony, such as making a false entry in a government record.

Tarrant County District Attorney Joe Shannon's office said it hasn't pursued an indictment because no one has asked it to.  "No defense attorney nor anyone else has presented a proposed criminal case to this office," spokeswoman Melody McDonald said. "If that is done, we will be happy to take a look."  The Tarrant County medical examiner's office reported the incident to the Texas Forensic Science Commission after the false reports were discovered. The serologist was immediately suspended and soon resigned.  It was later discovered that results of several rape kits had been falsified without testing. Such misconduct is called "drylabbing."

Several weeks ago, Daniel submitted a request under the Texas Public Information Act to the medical examiner's office for the serologist's disciplinary records and any documents that may have been referred to the district attorney's office. The medical examiner's office has asked the Texas attorney general's office to rule on whether the items can be disclosed to the public.  At an Oct. 5 meeting of the Texas Forensic Science Commission, member Arthur Eisenberg, an internationally recognized DNA expert at the University of North Texas Health Science Center in Fort Worth, said it appeared the serologist had been "lazy."  Earlier, lab officials told the commission that the serologist had made the false tests because he was distracted by personal problems and that it was not the result of intentional misconduct.

Daniel took issue with that.  "I have never known a distraction in one's personal life to cause anyone to falsify a forensic laboratory result," he said.  Eisenberg said that Shannon's office "had elected not to file suit," and that what the medical examiner's lab management had been doing was satisfactory.


Read more here: http://www.star-telegram.com/2012/10/23/4358517/attorney-seeks-release-of-documents.html#storylink=cpy#storylink=cpy
Posted by Brandan Davies Esq. at 9:17 AM No comments:

Employers must give paid time off for voting purposes 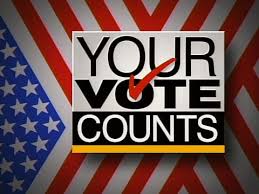 Here is a little bit of useful information for you voters in Kansas and Missouri.  You may be able to get paid time off to head out to the polls!  Both Kansas and Missouri have enacted laws that force employers to give employees time off to cast their vote.  Kansas offers two hours and Missouri offers three, if you are unable to vote because your shift overlaps the polling times.

Here is how it works.  In Missouri, if you work 9-5 and the polling place is open from 7-7 then you can either ask your employer to come in one hour late or leave one hour early.  The employer has to give you the time off or they will be in violation of the law and subject to the penalty of a  "class four election offense."

In Kansas, say you are a nurse and work a 12 hour shift (7am-7pm) and the polls are open from (7am-7pm) then you can ask your employer to leave two hours early or come in two hours late.  The employer who denies you this request if timely requested is subject to the criminal penalties of a misdemeanor.

Remember you must give your employer notice that you intend to use this time.

So now you have no excuse to get out and Vote!

Posted by Brandan Davies Esq. at 7:27 AM No comments: