Looks like a jailor is in some hot water.  Many detention officers are really good people that perform a service to the tax payers as well as the inmates, but some cross the line far to often, forgetting that inmates are people also.  Just because someone is in prison or jail does not mean that they deserve to be treated like this.  I commend Miami County for taking some action criminally against this jerk.  Here is the article from KCTV5. 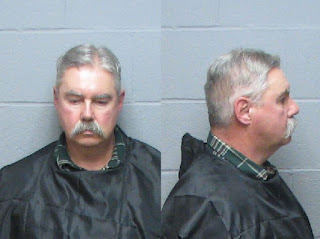 By Eric Chaloux, Reporter -
A couple of years ago, a former Miami County Jail inmate lost a federal civil lawsuit against a jailor and Miami County Officials, claiming excessive force from a 2009 incident. There is now a new twist in the case as the Kansas Attorney General has just filed criminal charges against the jailor.
Dennis Roberts used to deal with a lot of men who were on the wrong side of the law as a jailor in Miami County over the last five years.
Roberts left the job as an investigation began in January at the county jail in Paola, KS that involved inmate Tyler Hendry. A spokesman for the jail said the sheriff watched a video tape of the 2012 incident between Hendry and Roberts and turned it over to the Kansas Bureau of Investigations. No details are available about the 2012 incident that was caught on tape.
On Friday, the KBI's case led to the Kansas Attorney General filing misdemeanor charges from the January incident for mistreatment of a confined person and another count of battery.   In the case of the inmate that claimed excessive force against Roberts for the 2009 incident that failed in federal civil court, the attorney general just decided to file two more criminal counts against Roberts for mistreatment of an inmate and battery.  A spokesman for the AG declined to comment on the case Tuesday.
KCTV5's Eric Chaloux spoke to Christopher Johnson, the alleged victim from 2009, by phone. Johnson said he was tased numerous times inside the jail after a scuffle between he and Roberts broke out over a reported jail rule violation. "I'm finally glad to see here is some justice being done. This type of thing should not happen. I am glad the KBI and AG's office took the time to investigate and that there were things that were not right with the situation," said Johnson during the phone conversation.
Roberts told KCTV5 News he had no comment. He'll make his first appearance before a Miami County judge March 8.
Posted by Brandan Davies Esq. at 1:56 PM No comments: