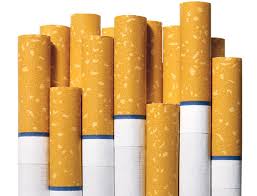 I came across this article in the Kansas City Star and I found it quite interesting.  Supposedly these "bootleggers" were buying up cigarettes in states with low tax rates like Missouri then shipping them off to states with high tax rates and selling them for less than the cost of "tax-paid cigarettes" and netting a fortune.  Now the FEDs have come down on them and are seizing cigarettes that other companies have already paid for.  I'll be following this one...


Read more here: http://www.kansascity.com/2012/09/23/3830656/bootleg-cigarette-case-has-kansas.html#storylink=cpy
By Tony Rizzo
The Kansas City Star
In a case that started in the aisles of a Kansas City convenience store, federal authorities say they have uncovered a nationwide conspiracy to illegally traffic tens of millions of dollars worth of cigarettes.
Several area residents allegedly were at the hub of the enterprise. Although no criminal charges have been filed, federal prosecutors this year seized more than $2.6 million from individuals and their bank accounts as part of the ongoing investigation.

Prosecutors are pursuing the forfeiture of the money, a $550,000 airplane and four semi trucks that authorities contend were purchased with illegally obtained proceeds. A Lee’s Summit man is among those trying to get some of the money back.  The scope of the alleged conspiracy is outlined in a 101-page civil complaint that prosecutors filed in U.S. District Court in Kansas City.  The investigation started in December 2009, after authorities discovered “contraband” cigarettes — ones that lacked tax stamps — being sold illegally at Kansas City area convenience stores, according to the federal complaint.

Investigators with the Bureau of Alcohol, Tobacco, Firearms and Explosives traced the cigarettes to a local company, Cheap Tobacco Wholesale, according to the court documents. The ATF subsequently utilized wiretaps, tracking devices on delivery trucks, physical surveillance and undercover agents in the case, which expanded to include individuals and companies based in Nebraska, Oklahoma, Florida, New York and Canada.  The civil complaint lists 20 individuals or business entities identified as subjects of the investigation or persons of interest.

Among them are residents of Independence and Lee’s Summit, according to the complaint.  As part of the investigation, undercover ATF special agents conducted more than 50 transactions involving more than 6.7 million packs of cigarettes with alleged conspirators between August 2010 and January. Most involved the owners or employees of Cheap Tobacco Wholesale, the complaint contends.  That company’s owner, James Aboud, was the investigation’s original target, according to the court documents. After he died in October 2011, the undercover transactions continued with his successor. He could not be reached for comment for this article.

According to the complaint, the transactions involved cigarettes with no stamps affixed to them to indicate that taxes had been paid.  Such stamps are required in every state except North Carolina, North Dakota and South Carolina for packs of cigarettes sold to retail outlets for purchase by the public.  According to federal prosecutors, tax stamps are not required for cigarette transactions between wholesalers, but the transactions must be reported to state revenue authorities by both parties involved in the transaction. Stamped and unstamped cigarettes must be reported.  During the undercover investigation, ATF agents sold unstamped cigarettes to Aboud and Sheffler, who then sold them to others, the complaint alleges.

Prosecutors contend that conspirators either did not report the transactions or supplied false information to state authorities about the transactions.  Most of the cigarettes eventually were sold in New York, depriving that state of significant tax revenue, according to the federal complaint.
Trafficking in contraband cigarettes occurs throughout the country, said Special Agent Trista Frederick, a spokeswoman for the ATF in Kansas City. Because of the underground nature of the business, its scope is hard to quantify.  “It can be quite lucrative,” she said.

In one California case she investigated, state revenue officials estimated that over an 18-month period the state was deprived of about $17 million in tax revenue, Frederick said.  It is typical for contraband tobacco products to be purchased in low-tax states and distributed in high-tax states, she said.  That appeared to be the situation in the current investigation, according to the court documents filed by prosecutors.  Missouri’s 17-cent tax per pack is the lowest in the country, while New York has a per pack tax of $4.35, according to court documents and information provided by the ATF.

“By selling non-tax paid cigarettes at, or just below ‘tax paid prices,’ criminal organizations are able to net a substantial profit,” according to an ATF fact sheet about tobacco-related crimes.  Agents seized the money and property that is the subject of this forfeiture case in January.  So far, three claims have been made for some of the money, and a Florida-based company that had $299,428.63 seized from its bank account has filed a motion to dismiss the action.  Olathe attorneys Carl Cornwell and Tai Vokins represent that company, Brand Name Connoisseurs. In the motion to dismiss, they maintain that the company, known as BNC, had no legal obligation to affix tax stamps.

Their motion argues that if Missouri law is “properly applied,” the undercover ATF agent or Cheap Tobacco Wholesale would have been required to pay the tax. Both lawyers declined to comment on the case.  Another claim for approximately $280,000 has been made by a Lee’s Summit man, who is alleged in the government complaint to have provided large amounts of cash to others to purchase cigarettes from the undercover agent. Kansas City attorney Chris Angles, who represents that man, declined to comment.

The third claim was filed by Kansas City attorney Mark Thornhill on behalf of HCI Distribution Co., a Native American business based in Nebraska. According to its claim, it paid $221,000 to BNC for a shipment of cigarettes that were seized by authorities before they were delivered.  HCI “purchased these cigarettes in good faith,” according to its claim.  Thornhill declined to comment.

A terrible semi-truck accident claims the life of a Nevada man after semi truck crashes into local restaurant.  This is just a sad story where a local man that went to the same restaurant nearly everyday and sat and had a cup of coffee, was in the wrong place at the wrong time. Thoughts and prayers go out to the family.

Victim of Missouri diner crash always sat in the same booth
Here is the article in the KC Star.


NEVADA, Mo. -- Joseph Cole, the customer who died Friday when a tractor-trailer plowed into a diner, went there for coffee nearly every day and always sat in the same booth, his son says.  The Missouri Highway Patrol said Cole, 54, was killed when the semi barreled into the Quick Dine Restaurant.

“I just knew it. I knew where he sits in the diner and the truck was right through there,” said Travis Cole, a Nevada police officer who was off duty at the time of the crash. “I had someone call and ask if I was working the accident up there. I wasn’t, but as I saw the scene and the truck, I knew right away. My dad was always there.”

Cole told The Star’s reporting partner, KCTV5, that he has seen his share of bad accidents but wasn’t prepared for a crash like the one that killed his father.  “It doesn’t seem real. It hasn’t kicked in yet. I’m sure it will once everything settles down.”

Fellow diner John Becker, 72, of Nevada, was listed in critical condition Saturday night, while Roger Berning, 60, of El Dorado Springs, was in good condition. A fourth person, Pamela Hoover, 47, of Nevada, was taken by ambulance to a hospital with moderate injuries.  The Highway Patrol said the accident happened after a car pulled away from a stop sign and into the path of the semi, which was southbound on U.S. 71. The truck driver tried unsuccessfully to avoid hitting the car, then slammed into the restaurant. Neither driver was injured.