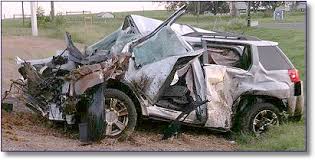 Ramah and Roye Swank of Ottawa Kansas were involved in a car accident in Polk county Missouri.  Ramah Swank was killed and Roye Swank was seriously injured in this terrible accident on Hwy 13 in Humansville, MO.  According to the Missouri Highway Patrol and its investigating officer Sgt. K Mills the accident occurred on March 12, 2013 at approximately 11:45 p.m.  The details of the preliminary police report establish that Roye Swank age 86 was the driver of a 1999 Chevy Pickup and Raham Swank was the passenger.  The 1999 Chevy was traveling on Hwy 13 when a 1999 GMC van driven by Ralph Williams of Flemington, MO pulled into its path trying to cross the highway.  The Chevy pickup then collided with the GMC van.

If you were seriously injured in an accident like this you need to obtain an experienced personal injury lawyer to investigate the facts and determine whom is at fault.   If you or a loved one find themselves in need of an experienced personal injury lawyer please contact the attorneys of Copley Roth and Wilson LLC.  Our firm has extensive experience handling personal injury and wrongful death claims and is here to compassionately assist you in your time of need. If you, a loved one, or a family member has suffered the devastating , and oftentimes tragic consequences of a car accident, please do not hesitate to contact Copley Roth and Wilson, LLC (913-451-9500) to address any questions or concerns you may have.  The initial consultation(s) telephone and in person, are always free.

Posted by Brandan Davies Esq. at 11:54 AM No comments:

New York case may have big impact on Prenuptial agreements

Came across this article in the New York Post.  It isn't binding on Kansas Courts but I did find it pretty interesting that New York had kind of thrown aside so many years of favoring the terms of a contract over the words that supposedly modified it.

By:  Kieran Crowly and Dan Mangan of the New York Post

The divorce “floodgates” have been opened for married folks to claim they were bullied into signing prenups after The Post revealed a landmark court decision that tossed out a Long Island couple’s agreement, lawyers said yesterday. “It gives those litigants a leg to stand on,” famed Christie Brinkley divorce lawyer Robert Wallack said about a February appellate panel ruling that voided a prenup between a Nassau County real-estate executive and his wife. The Brooklyn Appellate Court panel ruled that Peter Petrakis, who controls $20 million in real estate, had “fraudulently induced” his wife, Elizabeth, to sign their prenup four days before their wedding.

Peter, the panel found, threatened to call off the wedding if Elizabeth didn’t sign. She felt coerced because her dad had already paid $40,000 for a reception. Elizabeth claimed Peter verbally promised to rip up the prenup once they had kids. They eventually had three. Peter claims he never made that promise. The panel found his credibility “suspect.”

The Petrakis case is “shocking,” Wallack said, because “it is the first time the court has accepted verbal promises over what is written in the agreement. “The problem with that is that you have courts getting involved in this credibility debate and deciding who to believe . . . we always used to rely on what’s in the writing.” “It’s a really dangerous, slippery slope,” said the lawyer, who repped Brinkley in her split from her fourth hubby, Peter Cook. Cook had challenged his prenup with the supermodel, but they ended up agreeing to a $2.1 million settlement. The Petrakis ruling allows Elizabeth’s divorce case to proceed — with no prenup. Her lawyer, Dennis D’Antonio, said he had gotten more than 20 messages yesterday morning from people wanting to challenge their own prenups — and from other lawyers who had such clients.

Marilyn Chinitz, a top Manhattan matrimonial lawyer, said it was a new era for divorce cases. “This opens up, in my opinion, a floodgate of litigation because the appellate court did not specifically detail the matters they were relying on in affirming the lower court’s decision,” said Chinitz, whose clients have included Michael Douglas and Tom Cruise. She said the ruling was “not a good decision for those who enter into prenuptial agreements because they expect for agreements to be honored by both the courts and the parties.” Jeffrey Cohen, who represented “Catch-22” author Joseph Heller and rocker Lou Reed in their splits, called the decision “a fairly dangerous precedent” that “is going to be a weapon to be used whenever anyone wants to say coercion was used” to get them to sign a prenup.
Posted by Brandan Davies Esq. at 6:23 AM No comments: 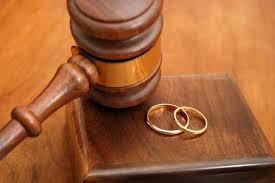 By Joe Beck
A Winchester judge has dismissed a lawsuit filed by a local attorney against his former wife's divorce attorney.  Judge Joanne F. Alper ruled Feb. 27 that Phillip S. Griffin h
ad failed to state a claim that supported his suit against William E. Shmidheiser III of Harrisonburg.

In an interview Monday, Shmidheiser said he believed the suit was motivated by hard feelings stemming from the divorce case.  I think I said at the time I trusted in the system to dispose of the lawsuit, that it was a crazy lawsuit," Shmidheiser said. "I trusted in the system, and the system repaid that trust."  Griffin's lawsuit accused Shmidheiser of committing perjury, fraud and misrepresentation. Other accusations included defamation and violations of the Fair Debt Collection and Fair Credit Reporting acts.

The suit sought $2 million from Shmidheiser and his law firm.

Shmidheiser said the divorce case, which was still pending at the time the suit was filed, has been settled. Shmidheiser began representing Griffin's former wife, Kathryn Obenshain Griffin, in Winchester Circuit Court in 2006. A judge sealed the divorce records at Shmidheiser's request in 2007.
Shmidheiser sounded confident that the case is over, although Griffin has 30 days to file an appeal to the Virginia Supreme Court.

"It was just annoying to me because it got so much widespread publicity," Shmidheiser said of the lawsuit. "I'm happy to have it over."
Posted by Brandan Davies Esq. at 12:09 PM No comments: