If this is true it just goes to show you that you need to evaluate your lawyer before you hire them.  Not every attorney will give you accurate and trustworthy advice.  I suggest that prospective clients review what others are saying about our firm online.  On Google and on Avvo.com 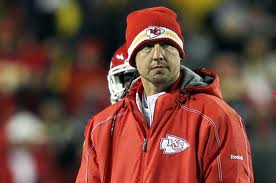 CHICAGO -- Kansas City Chiefs quarterback Kyle Orton and some 20 other NFL players are suing a Chicago law firm for more than $10 million, claiming they received bad financial advice on investing in energy concerns.

The 14-page lawsuit filed this week in Cook County Circuit Court claims that the alleged negligence of Chuhak & Tecson cost Orton and the other players millions of dollars related to energy investments. The firm did not return several messages left Friday seeking comment.  The lawsuit only lists two individuals by name as plaintiffs -- Orton, now 29, a former quarterback for the Chicago Bears and Denver Broncos, and Atlanta lawyer Edward Rappaport. Plaintiffs' attorney Daniel Konicek told The Associated Press the others he represents in the suit are all NFL players he declined to identify.

"I think this says a lot about the vulnerabilities of NFL players -- that they rely on the expertise of others," he said. "They relied on people who were supposed to have their best interests in mind."  In 2005, the law firm encouraged then-rookie Orton and others to set up partnerships that, in turn, would invest in producers and sellers of gas generated at landfills, the lawsuit says. The plaintiffs didn't find out until 2010 that they didn't qualify for tax breaks that Chuhak & Tecson allegedly assured them they would benefit from.  Instead, the investors "suffered millions of dollars in damages, including loss of investment, adverse tax consequences, penalties, expenses and professional fees," the lawsuit claims.

The suit itself doesn't provide an exact figure for how much the parties are seeking in damages, but Konicek said that, combined, it will be more than $10 million.  "This is a lesson to make sure you're dealing with the right people," said Konicek. "These guys thought they were."
Posted by Brandan Davies Esq. at 4:38 PM