Is Social Media the new street corner? 15 busted for Prostitution in Johnson County

Ran across this article on the KCTV5 website.  It loos like facebook and twitter have taken on a new purpose,  promoting prostitution in Johnson county.  The Overland Park police arrested over a dozen for involvement in the illegal activity when a sting was performed using data from online social media sites.  Looks like these women were from out of state just traveling through. 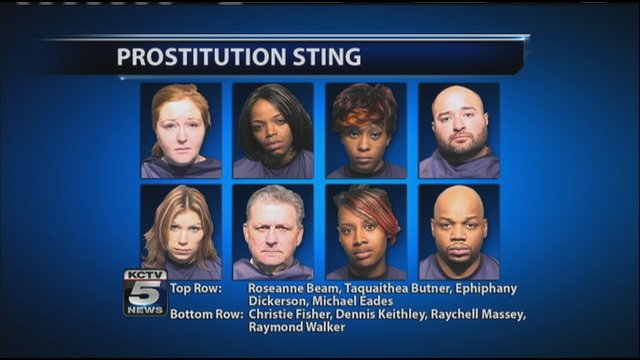 "It's a matter of us being in the right place at the right time to intercept the activity," said Capt. James Olney with the Overland Park Police Department. "It was a successful operation."  And social media is making one of the world's oldest professions that much more accessible.  "Anyone can post ads and pictures and anyone can access it, so your audience is quite expanded," said Olney.

In addition, more and more police are seeing prostitutes who are just passing through able to find their next job, not by standing on a street corner but just by logging onto the computer.  Police say Overland Park is attractive because of its easy highway access.  In this latest sting, two of the woman were from Oklahoma and one was from as far away as Pennsylvania.  "Prostitutes are going to have several jobs lined up. That is their job," said Olney.  But whether it is the online or the old fashioned way of hooking up, Overland Park police say these stings will continue, as will the arrests.

"I don't know what passes through their mind, but it is quite a shock when they see police there.  They are very surprised," said Olney.
Posted by Brandan Davies Esq. at 6:55 AM