Man spends 30 Years in Prison for a Murder he didn't commit. Gets Released 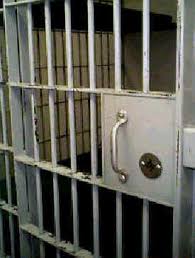 Thirty years ago a mentally ill man was arrested for the murder of a 31 year old woman.. The case looked nice and tidy it even had a confession, but that wasn't the case.  It turns out the detectives and police that worked the case coerced the confession, hid fingerprint evidence, and disregarded DNA material that ruled out George Allen.  They fixated on him and put together a false case, that got him convicted.

Imagine spending 30 years in prison for a crime you didn't commit...Now being released into a new world with no work experience, no money, no education, and 30 years of missed opportunities.  Here is the article that tells the terrible story of the wrong conviction and the final correction of the mistake.  Thank God he partnered up with the criminal defense lawyers at the innocence project.

JEFFERSON CITY, Mo. —
An inmate imprisoned nearly three decades for a rape and murder conviction walked free Wednesday after a judge ruled that St. Louis police hid or destroyed evidence that cast doubt on his guilt while misleading the mentally ill man into a false confession.

Wearing loose-fitting, donated clothes and appearing frail, George Allen Jr., 56, grinned as he hugged friends, family and supporters outside the Cole County courthouse moments after a brief hearing before Circuit Judge Daniel Green.  "I have spent 30 years in prison as an innocent man, but I never gave up hope," Allen said, reading from a prepared statement. "I knew some day the truth would come out... Thank God this nightmare has finally ended."

Allen, who suffers from schizophrenia and was blinded in one eye during his lengthy imprisonment, served 29 years of a 95-year sentence - and narrowly avoided the death penalty - in the February 1982 death of 31-year-old Mary Bell. She was attacked and killed in her St. Louis apartment during a blinding February snowstorm. Three witnesses testified that Allen was 10 miles away at his mother's home in University City at the time of Bell's attack during a historic blizzard that crippled the St. Louis region.

On Nov. 2, Green ordered Allen's release in a blistering 75-page ruling that suggested St. Louis police ignored and suppressed numerous pieces of evidence. Among them were blood tests that ruled out Allen as the source of the semen found on Bell's robe and fingerprints rejected by investigators as unusable smudges that not only excluded him but were also used in comparison with other suspects.

There also were questions about the accuracy of testimony by Bell co-worker, who said she called out her friend's name outside the victim's apartment during the attack. Police detectives sent the co-worker to a hypnotist to shore up her account, a session that wasn't disclosed to Allen's previous defense lawyers.

The undisclosed evidence was unearthed within the past two years by lawyers working for and with the Innocence Project, the New York group that has helped free hundreds of wrongfully convicted inmates nationwide, often by relying on more advanced, previously unavailable DNA technology. Several lawyers from the St. Louis firm Bryan Cave also assisted Allen's defense on a pro bono basis.

"He's looking forward to some home cooking by Mom.  His sister was there and he was able to hug and kiss those people for the first time in decades.  There was not a dry eye in the house, I don't think," said Laura O'Sullivan, a local member of the Innocence Project.
Some law students from the University of Missouri-Kansas City attended Wednesday's hearing.
Innocence Project attorney Olga Akselrod said the group plans to request a formal review by St. Louis Circuit Attorney Jennifer Joyce of all cases handled by now-deceased St. Louis homicide detective Herb Riley and criminologist Joseph Crow, both of whom were singled out for questionable conduct in Green's ruling.

The judge found that Riley steered Allen into falsely confessing after more than 40 denials while overlooking details provided by Allen that didn't match the circumstances of Bell's death. Allen claimed he was threatened and beaten during the interrogation, but the judge doesn't address that allegation.

And a lab report written by Crow contained scratched-out notes describing the blood test results that eliminated Allen as a source.

"We have serious concerns that this case is not an outlier," Akselrod said.

Joyce, who last week declined to again prosecute Allen but cited procedural flaws rather than certainty about Allen's innocence, did not immediately respond to a request for comment. A Joyce spokeswoman said the prosecutor was preparing a written response for release later Wednesday.

Allen's release is not the end of his legal process. The Missouri Attorney General's Office is appealing Green's ruling and opposed his release on his own recognizance, stances that drew sharp criticism from defense lawyers.  "This appeal has just extended the pain and heartache for Mr. Allen and his family," Akselrod said. "They're just wasting the state's resources needlessly."  State prosecutors responded with a written statement provided by a spokeswoman for Attorney General Chris Koster and attributed to deputy attorney general Joe Dandurand.

"The trial judge is the first and only person to have found Mr. Allen to have been prejudiced during his trial," the statement reads. "Numerous judges and courts have affirmed Mr. Allen's convictions in the years following the jury's verdict. "  Dandurand added that the state's appeal is "part of the normal safeguarding process." Should the Western District Court of Appeals uphold Green's ruling, the state won't further pursue the case, he said.

Among those attending Allen's hearing was Josh Kezer, one of the 22 Missouri inmates who have been exonerated over the past two decades. Kezer was released in 2009 after spending more than 15 years in prison for the murder of a southeast Missouri college student. He too was released after a Cole County judge found that prosecutors withheld key evidence from defense attorneys.

Allen was arrested about a month after Bell's attack when police mistook him for a convicted rapist whom he reportedly resembled, in part because both were African-Americans in their 20s with shaved heads. Officers who interviewed Allen before Riley dismissed him as a suspect.

Posted by Brandan Davies Esq. at 6:47 AM