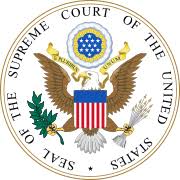 Your fourth amendment and fifth amendment rights are preserved at least a little while longer.  Although no one likes that some people choose to drink and drive drivers unconstitutionally taking blood from a suspected drunk driver is not allowed by the United States Supreme Court.

Here is an article in the Kansas City Star talking about the decision.

By: Brian Burnes of the KC Star

Missouri’s push to more easily draw blood from people suspected of driving drunk failed to convince U.S. Supreme Court justices Wednesday.  Law enforcement must continue to seek warrants to take blood from drivers stopped for possibly driving impaired, the court ruled in a case that originated in southeast Missouri.  More than 30 other states and the Obama administration had joined Missouri in asking justices to give officers almost complete discretion in drawing blood samples without a warrant.
The ruling thrilled Doug Bonney, chief counsel with the American Civil Liberties Union of Kansas and Western Missouri office in Kansas City.

“It shows that the court understood that drunk-driving laws can be enforced in a way that is consistent with the Constitution,” said Bonney, referring to the Fourth Amendment’s protection against unreasonable searches and seizures.

At least the court left in place current procedures for obtaining such blood tests, said Eric Zahnd, Platte County prosecutor who also is head of the Missouri Association of Prosecuting Attorneys.
“The good news is that those tests will still be an arrow in the quiver of law enforcement in appropriate circumstances,” Zahnd said. “I am heartened that the court continues to recognize that alcohol dissipates naturally from the blood and therefore time is of the essence in these cases.”
The Supreme Court held that police usually must try to obtain a search warrant from a judge before ordering blood tests for drunken-driving suspects.

In their 8-1 ruling, justices sided with a Missouri man who had been subjected to a blood test without a warrant and was found to have nearly twice the legal limit of alcohol in his blood.  Justice Sonia Sotomayor wrote for the court that the natural dissipation of alcohol in the blood is generally not sufficient reason to dispense with the requirement that police get a judge’s approval before drawing a blood sample.

The case stemmed from the Oct. 3, 2010, arrest of Tyler McNeely in rural Cape Girardeau County.
A state trooper stopped McNeely after he observed his car speeding and swerving. McNeely, who had two previous drunken-driving convictions, refused to submit to a breath test to measure the alcohol level in his body. He also failed several field sobriety tests.  The arresting officer, Cpl. Mark Winder of the Missouri Highway Patrol, said McNeely’s speech was slurred.

Winder did not attempt to get a warrant but drove McNeely to a hospital, where a technician drew his blood. McNeely’s blood alcohol content was 0.154 percent, well above the 0.08 percent legal limit.
After a circuit court threw out the test results, the Missouri Supreme Court upheld that action, saying that the blood test violated the Constitution. Police need a warrant to take a suspect’s blood except when a delay could threaten a life or destroy potential evidence, the Missouri court added.  About half the states already prohibit warrantless blood tests in all or most suspected drunken-driving cases.
Bonney, of the local ACLU office, filed a brief with the Missouri Supreme Court on the McNeely case. McNeely’s lawyer then asked the ACLU to argue Missouri v. McNeely before the Supreme Court. Steve Shapiro, the organization’s national legal director, did so in January, and Bonney attended the arguments.  Zahnd, meanwhile, is continuing on other fronts with efforts to expedite evidence-gathering in possible drunken-driving cases.

The Missouri Association of Prosecuting Attorneys, he said, is supporting House Bill 461, pending legislation that would add a subsection to the state’s evidence-tampering statute saying that a suspected drunk driver who refuses to provide a breath or blood sample would be charged with that offense.