Looks like someone has been watching a little to much breaking bad.  This KC lawyer got himself in some hot water.  Here is the article on Fox 4. 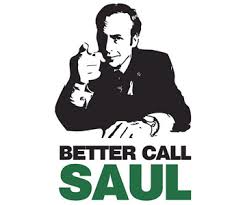 The investigation began in March 2012 when a KBI agent working undercover met Read-Forbes. Read-Forbes was holding herself out as the owner of Forbes & Newhard Credit Solutions, Inc., a nonprofit organization established to provide credit counseling to people who were in bankruptcy proceedings. In fact, she was not the legal owner but exercised control of the company’s bank account along with Partee. Shoop was an acquaintance of Read-Forbes who worked at various times for the company.

The KBI agent was posing as a marijuana dealer. Forbes offered to consult with Partee and to devise a scheme to launder the dealer’s drug proceeds. As part of the scheme, Forbes offered to deposit money given to her by the agent she thought was a drug dealer into the bank accounts of Forbes and Newhard Credit Solutions or related companies and then to return the money to the dealer via checks, money orders or wire transfers. The bank accounts were in Kansas.

To make the transactions appear legitimate, Forbes gave the drug dealer a contract titled “Purchase and Sale of Business Agreement.” The contract, bearing the signature of Partee and the drug dealer, made it appear that the marijuana dealer was purchasing assets of FCP, Inc., a corporation controlled by Forbes and Partee.

To make it appear that the drug dealer was engaged in business as a certified credit counselor with Forbes and Newhard Credit Solutions, Forbes gave the drug dealer a certificate saying he had completed training as a bankruptcy specialist.

In addition, Forbes created a fictitious company called Maximum Lawn Care, LLC, and opened bank accounts where cash from the drug dealer was deposited.  Partee was at various times a member of the board of directors for Forbes and Newhard and a signator on FCP’s bank accounts. On April 20, 2012, Partee approved two wire transfers from the FCP account that he believed were drug funds. He sent $5,000 to a bank account of Maximus Lawn Care and $5,000 to the bank account of an undercover agent posing as a drug dealer. During a meeting May 25, 2012, at Partee’s office, the undercover agent posing as a drug dealer sought advice from Partee concerning where he could store marijuana. During the meeting, which was recorded, Partee engaged in the discussion.