Sheriff's Deputy fired for making inmates do the robot dance while listening to Usher... WTF? 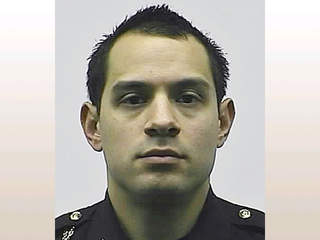 Ok this has got to be one of the stupidest reasons to ever get fired.  The Deputy should not have been doing crap like this to inmates, what a moron.  That being said, it is about the funniest reason I have ever heard someone get fired for.  Imagine this guys next job interview...

Interviewer: Alright Mr. Martucci tell us about your last job and the circumstances in which you left it.

Martucci:  Well, I really liked the job.  I left because of a forced dance party.

Martucci:  Well I was really feeling this new Usher song so I forced some inmates do party down with me.


You really can't make this stuff up.  Here is the article this post is based on.

AKRON, Ohio - Accusations against a Summit County Sheriff's deputy sparked an internal investigation that led to the deputy being fired for making inmates dance to Usher music.

On April 11, the department said deputy Dominic Martucci made inmates dance to Usher's "Yeah," having them do the robot and dance "old school," in exchange for jail privileges like using the microwave.  Inmates complained that Martucci forced them to do a 5 minute "bump and grind" routine while other deputies watched, according to the incident report. The paperwork also said deputies Metcalf, Hoover and Zalick watched, but did nothing to stop Martucci. All of them were given disciplinary notices.

According to the report, Martucci admitted to the dance party saying he did it because a handful of inmates didn't go directly into lockup when he said it was time and that some continued to use the microwave.
Deputy Hoover wrote that the inmates seemed to be "having a good time" and that they were dancing by themselves.  Martucci never provided a written statement.  At a disciplinary hearing early Wednesday, the sheriff's office said the actions of Martucci were "unbecoming of a deputy sheriff" and because he failed to treat the prisoners humanely, he is out of a job.

Posted by Brandan Davies Esq. at 7:00 AM