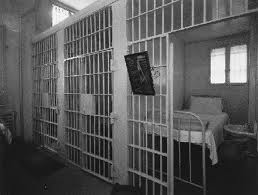 We have all been following it.  It's the new "Trial of the Century!"  They have evidence, they don't have evidence.  Zimmerman was on top now he wasn't on top.  It was Trevon yelling help, now it is Zimmerman yelling help, or vice-versa.  There are so many media spins and attempts to sell newspapers and advertising time by manipulating the "facts" that everything is getting convoluted.

My take on it is that they need to let the police and prosecution do their job.  The prosecutors are put into the position to determine  if justice is done by prosecuting  Mr. Zimmerman, if it isn't in the interest of justice then they should not prosecute him.  A prosecutor should not fall prey to the media machine and the whims of the uneducated and unknowing public.  The prosecutor gets the evidence and makes a determination as to whether justice is done by prosecuting a defendant.  You don't take the input of the general public who do not know the totality of the evidence.  The general public knows nothing of the evidence aside from what the sensationalist media tells them.  The media's job is basically to inflame the public so that they keep interest and keep buying newspapers or watching their news program.  That is it.

I don't know if Zimmerman is guilty or innocent.  But it doesn't seem that anyone really knows.  So why are they going forward with the case?

Here is an article that the Kansas City Star put out about the lack of evidence.

What the evidence in Trayvon Martin case doesn't show

The stack of evidence released last week in the second-degree murder case against George Zimmerman is notable, legal experts say, for what's not in it: firm evidence that Zimmerman acted with malice when he shot 17-year-old Trayvon Martin.

Special prosecutor Angela Corey charged Zimmerman last month, alleging that Zimmerman, a neighborhood crime-watch volunteer, acted with ill will when he shot Martin, who was black, after a Feb. 26 scuffle behind some townhouses in a gated community in Sanford, Fla., where Martin was staying with his father.  But analysts say the evidence released so far contains little information to support the prosecutor's contention that Zimmerman acted with a "depraved mind" when he shot Martin - a standard the prosecution must meet if the murder charge is to stand.  "I still don't see any evidence yet of the elements of second-degree murder," said Miami defense attorney John Priovolos, a former prosecutor. The special prosecutor "has to prove ill will, hatred or spite. I don't see any evidence of his state of mind," he said.

The new evidence also includes photos of injuries to Zimmerman that could bolster his self-defense claims, and statements from witnesses that appear to contradict some key conclusions made by investigators in an affidavit supporting Zimmerman's arrest.  The new information "tends to support what Zimmerman is saying, that he was being assaulted," said former Miami-Dade prosecutor David Waksman.  "This case was never a second-degree murder case," said longtime Miami defense lawyer Jeffrey Weiner. "If anything, it was an overreaction in a self-defense situation."  Zimmerman was monitoring his neighborhood on a rainy evening when he first noticed Martin walking behind a row of homes on his way to his father's apartment.   Zimmerman called the police to report a "suspicious guy" - the kind of complaint Zimmerman made routinely in his role as neighborhood watchman.

A dispatcher advised Zimmerman not to follow Martin. Prosecutors believe Zimmerman did so anyway. At some point, the two struggled, and Zimmerman shot the unarmed teenager from close range.  Several witnesses in the community said they heard sounds of a struggle and cries for help. But no witnesses could provide evidence showing whether it was Zimmerman or Martin who started the altercation.  Prosecutors have described Zimmerman as a frustrated and overzealous watchman who "falsely assumed" that Martin was a criminal prowling his neighborhood.  "These a-holes, they always get away," Zimmerman complained to the police dispatcher.

An unidentified girl, described by Martin's family as his girlfriend, told investigators she was on the phone with Martin in the moments before the shooting, when Martin told her he was being followed by a man while on his way home. Her statement suggested that Martin was first attacked by Zimmerman.  "He said the guy was getting real close to him. Next thing I hear, 'Why are you following me for?' And I hear this man: 'What are you doing around here?'" the girl told prosecutors.  The girl said she could then hear somebody "bump" Martin before hearing Martin say: "Get off, get off." Then the phone went dead.

A witness in the neighborhood told police she saw one man running after another before the fight ensued, but the witness "couldn't tell who was in front or who was behind," the new records show. Prosecutors have suggested it was Zimmerman chasing Martin.  Zimmerman, however, has said it was Martin who first attacked him - and that he shot Martin in self-defense after Martin smacked his head repeatedly on the pavement. During a bail hearing last month, Dale Gilbreath, an investigator for the prosecution, said he had no evidence to contradict Zimmerman's description of the fight.  Prosecutors on Thursday released photographs of bloody scrapes on Zimmerman's head, and police reports mentioning medical records that showed he had a fractured nose following the altercation."If there were no injuries, Zimmerman would have a very different case," Weiner said.

The evidence of injuries could be pivotal if Zimmerman seeks to have the charges dismissed under Florida's Stand Your Ground law, under which a person may not be prosecuted for using deadly force if the person "reasonably believes" he or she is in life-threatening danger.  A judge must review a Stand Your Ground defense before trial, and the case must be dismissed if the evidence shows it is more likely than not that the person was acting in self-defense - a lower standard of evidence than the one prosecutors must meet to get a conviction. Even if Zimmerman's conduct sparked the confrontation, he could still be protected under Stand Your Ground if he did not strike the first blow, experts say.  "Whether he started it or Trayvon started it, we don't know," Weiner said. "There's a real chance the case will be tossed out."  Even if the case is not dismissed, at trial Zimmerman can invoke Stand Your Ground along with a traditional self-defense claim.
Other evidence released Thursday appeared to cast doubt on assertions in the arrest affidavit prepared by investigators and prosecutors.

The arrest report notes that Martin's mother identified her son as the voice heard crying for help in the background of 911 calls. But Martin's father reviewed the recordings with police and said the voice was not his son's, the new records show. An FBI analysis of the recordings could not identify who was crying for help.  Weiner said the special prosecutor "clearly overcharged" by pursuing a murder charge against Zimmerman instead of a lesser charge of manslaughter. The lead detective in the case originally thought that Zimmerman should be charged with manslaughter, the records show.  "That's going to be, in some ways, the defense's best witness," Priovolos said.
Posted by Brandan Davies Esq. at 8:06 AM