City in Missouri seeks to alter Marijuana law to take away jail time. 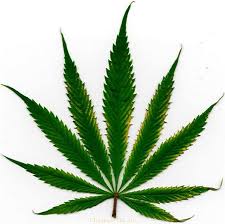 Looks like the people of Springfield have elected some city council members that may actually have the citizens best interests at heart.  Revamping the city ordinance targeted at marijuana possession is before the city council in Springfield Missouri right now.  It was originally going to be brought before the general public to vote on the repeal/modification of the law, but it appears that the city council has decided to take matters into their own hands to revamp the marijuana possession law to save the public the cost of the $180,000 vote on the matter.

There are several proposals to modify the ordinance.  Here is the article in the Independence Examiner.

With the general election a mere six weeks away, marijuana law reform is receiving more public attention than any other time in recent history.  Springfield, Missouri, is about to be one of the first to take those steps. Pro-marijuana advocates worked tirelessly to gain enough signatures to ensure a spot on the November 6 ballot to decriminalize possession of small amounts of the non-lethal yet prohibited plant. Under the new ordinance, possession of 35 grams or less of pot will be punishable by a fine, as opposed to jail time.

The Springfield city council approved the measure to avoid enabling voters to cast ballots in support of the legislation, by their own admission.  According to KY3.com, many council members admit they voted to yes on the provisions to save money. Voting no could have sent the issue to the voters.
"A vote, as just indicated, would cost somewhere in the neighborhood of $180,000. I think we can by far use that money in a better way," said Mayor Bob Stephens.

One may wonder what motivation the Springfield council members would have to take control away from the city's citizens, preventing them from casting their votes on the measure.  "It just seems to me our responsibility is to say this thing is so badly crafted, and so bad an ordinance, that we will assume responsibility and do everything we can to kill it some way," said Councilman John Rush.  "I am going to support passing and then gutting the entire ordinance," said Councilman Jeff Seifried.  Although hardly politically-honorable, not all council members wish to circumvent the will of the people. Examiner.com contacted Councilman Doug Burlison, who agreed to answer a few vital questions.

How would you characterize your opinion on this ordinance and its potential efficacy for the City of Springfield?
Burlison: "I feel that this ordinance would be a positive for Springfield, especially for our citizens, and for our local justice system. Local prosecutors and law enforcement brass are not supportive of this, I think mainly due to this being a departure from long-standing policies. Regardless of that, however, I they they would also see a benefit if they observed the intent of this ordinance. Community relations with citizens will improve, and I believe that enforcement costs will decrease, as well as the fear factor that citizens who are in possession of a simple plant will face when confronted by law enforcement."

If the City Council is successful in repealing this ordinance, what impact will it have in the months leading up to the election?

Burlison: "If this ordinance gets repealed tomorrow night, I believe it will possibly impact November and the following municipal elections in April of next year. A repeal will anger voters typically more supportive of Obama, and I would guess this will motivate some folks to show up at the polls that normally wouldn't. I personally realize that Obama is just as unfriendly to the marijuana issue as Romney, but the President's supporters believe otherwise. Then of course, there's the wild card Gov. Gary Johnson, who advocates total legalization . . . and it's tough to gauge what effect he'll have in November, especially if he can keep from being shut out of the debates. Of course, the following municipal election will have some extra importance for a lot of people, should this ordinance get repealed."

Show-Me Cannabis Regulation unsuccessfully attempted to gather enough statewide signatures to qualify for a ballot initiative to implement a medical marijuana program in Missouri. Would you have supported such an initiative?

Burlison: "I supported Show Me Cannabis Regulation's petition effort, and will do so again if the opportunity presents itself. That initiative would have, and possibly will, create one of the most hemp-friendly places on the planet . . . here in Missouri. The economic potential of a measure like that would be tremendous positive for any region that would respect the natural law, and end this type of prohibition."

The Springfield City Council is expected to make a final decision tonight on the ordinance. The agenda for tonight's vote can be read here.  During the August 24 primary city council meeting to address the ordinance, nineteen citizens stood and spoke in support of the decriminalization ordinance. Two people opposed it.

So, what are the options for the Springfield city council tonight?
From the Ozarks First website:
"Here's how the proposed amendments stack up:
1. Four Council members -- Jerry Compton, Jan Fisk, Jeff Seifried and John Rush -- are sponsoring a total repeal.
2. Mayor Bob Stephens is sponsoring an amendment that removes two provisions City Attorney Dan Wichmer has determined are clearly illegal: a requirement that City Council appoint a citizen oversight committee and expungement. This amendment also suggests increasing the fine for such possession from $150 to $450.
3. Mayor Stephens is also sponsoring an amendment that eliminates the two clearly illegal provisions, but leaves the fine at $150.
4. Councilman Doug Burlison, who has supported the initiative since its inception, offers an amendment that eliminates the oversight committee requirement. He resists removing an expungement provision until an opinion from the attorney general's office is available."
___________________________________________
What this means for Missouri's ability to evolve one city's marijuana laws to catch up with medical, economic, and scientific reality remains to be seen.  It is important to note that Missouri used to be the chief agricultural center of industrial hemp. The farmland is ideal for cannabis cultivation. And the nation's attentions are on any form of marijuana law reform.

With the state of Missouri steeped in marijuana history, voters across the state will be watching to see what Springfield's elected leaders do... and they - and especially Springfield residents - will no doubt remember when it comes time for their re-elections in April 2013.
Posted by Brandan Davies Esq. at 8:24 AM