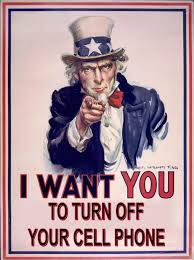 About 10 states have done the same thing...why not us.  That appears to be the thinking at the Mission city council meeting as new city legislation is under discussion.  The ban would stop individuals from using hand held cell phones while driving an automobile in Mission city limits.  The obvious reason is to help reduce traffic accidents related to cell phone use.  I am sure that this will face some strong opposition.

Council faces backlash over its plan to be first in the area to outlaw using the device while driving.

That’s what the future could look like in Mission, a small Johnson County suburb that is talking seriously about doing what few cities have tried so far: banning use of hand-held cellphones while driving.  Nationwide, 10 states have banned talking on hand-held cellphones, although the bans have not been implemented in the Midwest. Every day new laws are being considered, and the U.S. Department of Transportation has begun a national campaign.  So Mission isn’t waiting.  “I think it is a lot bigger problem than people realized,” said Pat Quinn, a Mission city councilman. “I definitely think we could save some lives and property damage and injuries by making that illegal.”

A proposed ordinance would allow people to talk on hands-free cellphones only. If police see drivers holding phones within 8 inches or so of their heads, they could pull them over.  Currently the ordinance is before the finance and administration committee and will come up for discussion again, possibly in November.  City officials know that the ordinance is controversial — they were besieged by calls when it first came up last month.  “A couple of my friends told me I was walking into a hornet’s nest,” said Police Chief John Simmons, who introduced the measure to the council.  Mayor Laura McConwell said the council recognizes the safety issues involved — one council member lost a friend to a distracted driver. But she also recognizes that Mission is a small city in a metropolitan area. She said a workshop and public hearings might be needed, as well as conversations with other cities and the county before such an ordinance is passed.

“This is a pretty big culture shift, so it needs to have a much broader conversation before we move forward,” McConwell said.  Growing cell risk.  It seems that every day new laws are being considered as concerns grow about the “distracted driver” syndrome.  Distracted driving, officials say, includes anything that diverts the driver’s attention, such as using cellphones and smartphones, texting, eating and drinking, grooming and reading, including maps, using a navigation system or watching videos.  In fact, the name of the federal campaign’s website is distraction.gov.  But cellphones are usually the focus.

“Everybody has been impacted by someone on a cellphone,” said Leanna Depue, highway safety director for the Missouri Department of Transportation. “If you are not putting all your attention into that very complex task and very complex environment that is always changing, you do increase your risk of crashing.”  Driving and using a cellphone can reduce the amount of brain activity associated with driving by 37 percent, according to a study at Carnegie Mellon. Texting increases the crash risk 23 times, says a study of long-haul truckers by Virginia Tech Transportation Institute.  In 2010, 3,092 people were killed in crashes involving distracted drivers, according to the federal government, and an estimated 416,000 people were injured.

Little Apple
Ten states and the District of Columbia have banned handheld cellphones. In all, 39 ban texting while driving, including Kansas.  Missouri bans texting for drivers under 21. For the past two years the state legislature unsuccessfully has attempted to pass a law prohibiting distracted driving.  As for cities, fewer than 20 nationwide, including Detroit and Chicago, have tried to ban cellphones on their own, according to the American Automobile Association.  In Kansas, only Manhattan is known to have a cellphone law.  The home of Kansas State University banned using electronics while driving because so many of the 23,000 students seemed to be using them, creating safety concerns, said Brad Schoen, the Manhattan and Riley County Police Department director.  “I’ll tell you we write a ton of citations,” Schoen said.

Since January police have ticketed more than 700 drivers for talking on cellphones and texting, generating an estimated $100,000 in revenue. Another 1,000 drivers received warnings.  If you are seen holding a device close to your head, “there is a legal presumption you are using it illegally,” Schoen said. “The driver then has to prove he wasn’t using it illegally.”

Mission law
The city of Mission, already known for its aggressive traffic enforcement, may become the first in the Kansas City area with a cellphone ordinance.  It would be “proactive,” Simmons said. Police already can cite a driver who is distracted and causes an accident. But the new ordinance means police would no longer have to wait for an accident to ticket you if they see you talking on the phone.  Police also could use the ordinance to conduct checkpoints — they could station an officer near a busy intersection to spot violators and then radio ahead to a waiting officer, as Manhattan does, Simmons said.  But passing the ordinance isn’t guaranteed — after Simmons first proposed the ordinance last month, complaints as well as praise came to him from all directions.

The concerns included:
•  Restricting liberties.
For example, the Kansas helmet law only applies to those under 18 because of arguments that it infringes on personal liberties, Quinn said. And he agrees. “That is a personal choice for a guy riding a motorcycle,” he said.  But he argues that the cellphone ban is different because it would protect the public from distracted drivers.
•  Making money for the city.
Questions rose about Mission’s reputation of being a speed trap. Was this just another way to raise revenue for the city?  “Citizens have a feeling in Mission in general that the police write way too many tickets,” Quinn said.  But Quinn said the new law would be about safety, not money. He and Simmons both said they hoped they would not have to ticket anyone if an education program and signs are effective.
“I would hope we would get the word out if we pass something like that, people would quit doing it when they drive through Mission,” Quinn said. “If you end up making some revenue that is just frosting on the cake, as they would say.”
•  Confusion over city borders.
In other words, people wouldn’t know when they are driving into Mission, which is surrounded by other suburbs and crossed by many streets.  That’s one reason some other suburbs are unlikely to consider such a law.
“If you have regulations on this from city to city, it is really tough for people,” said Scott Lambers, Leawood city administrator. “To be fair to the people, you would have to post (city limits) because it is such a rare violation. You would at least have to do this on a countywide basis, if not statewide.”
That hasn’t been a problem in Manhattan, police there said, because when you enter the city, you’re leaving a rural area.  But Mission Kansas officials said they plan to put up signs to let people know they’re in Mission and that there’s a cellphone ban.  Quinn, whose business is escorting funeral processions, said he thinks the effort is worthwhile.  “I’ve seen so many close calls due to cellphones,” he said. “It’s amazing how many times you yell at them to get off the phone, and they look at you like you are crazy.”