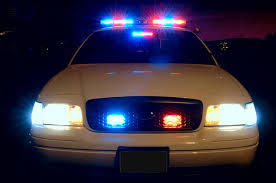 I saw this article in the Wichita Eagle.  It is crazy what some of these bondmen think they can do.  This is not the first time I have heard of this type of behavior.  Just a month or so ago a young lady came into our office after having been arrested by a bond agent and taken to jail, only to find out she didn't even have a warrant.  The State needs to real these guys in.  Some of these rouge bail bondsmen run around playing cop and end up harassing good people.


Agents for bondsmen trying to catch a fugitive in Hutchinson forced their way into the wrong house with guns drawn, awakening and frightening children inside, a lawsuit alleges.  The lawsuit, filed in Reno County District Court, contends that the agents’ actions were “extreme and outrageous” and asks for “in excess of $75,000” in damages.  Defendants are disputing the allegations. Stanley Juhnke, an attorney representing one of the defendants, said: “We admit they were there on the night this took place, but we dispute almost everything else.”  According to the lawsuit, around Sept. 21, 2011, the bond agents were looking for “Lorenzo” but went to the wrong address in the 100 block of East Seventh Street in Hutchinson. A woman knocked on the front door and asked the resident, Samantha Castor, if “Lorenzo” was there and if Castor was “Melissa,” Castor said no to both questions. About the same time, several men broke in through the back door using a crowbar, Castor’s lawsuit says.
“The men were dressed in black and appeared to be police officers, and searched Plaintiffs’ home with drawn guns, pointing guns at each of the Plaintiffs,” the lawsuit says. “The men kicked open the door to the boys’ room and entered with drawn guns stating that they were looking for monsters.” It was shortly before 10 p.m. on a Wednesday.

The lawsuit says the men “refused to allow Samantha Castor to go and be with her minor children while the men searched the home with their drawn guns and entered the bedrooms where the children were sleeping, awakening the children and causing fear.” The children were awakened “by strange men dressed in black with guns,” the lawsuit says. Castor’s children were 10, 8 and 5 at the time.
Castor’s attorney, Matthew Bretz, said the goal of the lawsuit is not to gain money — the lawsuit seeks more than $75,000 — but to dissuade bond agents from the kind of actions described in the lawsuit.
The lawsuit currently names seven defendants: Dwight Jurgens, Tiffany Cleavenger, Gayle Benitez, John Green, Roy Poyner, Jake Lawson and Trina Green. Jurgens and Cleavenger were doing business as TNT Bonding, according to the lawsuit. The men and the woman who came to the home were agents of Jurgens and Cleavenger, and those two are liable for the agents’ actions, the lawsuit says. It says defendants gave the men and the woman the wrong address.

Neither Jurgens or Cleavenger are still agents with TNT, said a man who identified himself as a manager with TNT and declined to give his name.  Juhnke, the attorney who is representing Benitez, one of the defendants, told The Eagle, “There is a huge dispute as to what happened that night. We are confident that at the time of trial, the defense version will prove correct.” Juhnke said Benitez is a bond agent in Hutchinson working as an independent contractor. He said Benitez was there that night “only in a role to assist to see if the person they were looking for was there.”

John Green, another defendant, sent a letter to Castor’s lawyer in July denying all allegations and statements by Castor. The letter said that if the lawsuit was not dismissed, Green would file a counter claim “for loss of wages, all legal expenses, mental anguish, slander, defamation of character, damages … for over $200,000.”  Green, reached Friday by The Eagle, said, “I’m waiting for my day in court.”
In a separate case, involving Jurgens and his role as a bondsman, Jurgens is facing two misdemeanor charges of attempted promotion of prostitution. According to court documents, the alleged crimes occurred around Sept. 18 and Sept. 21. District Attorney Keith Schroeder said the allegations are that Jurgens “was soliciting sexual favors in return for his involvement as a bondsman.”

Neither Jurgens nor his attorney could be reached for comment.

Kyle Smith, deputy director of the Kansas Bureau of Investigation, said Kansas law requires bondsmen or bounty hunters to inform law enforcement officers of their intent to apprehend someone, and failure to do so is a misdemeanor, and a felony for second or subsequent incidents. The law says the bond agent must inform local law enforcement officials “before attempting such apprehension” and says “law enforcement may accompany … the agent.”  Green told The Eagle that before the agents went to Castor’s home, they notified Hutchinson police, and police “were in the vicinity of that house, and they were sitting on a street corner watching us when we left. The reason they were there, why we called them, is we needed them close,” Green said.

Hutchinson police Capt. Troy Hoover said he couldn’t confirm if police had been notified, “but I couldn’t say that it didn’t happen.”  It’s not clear if “Lorenzo” was ever caught.  Compared with other states, Kansas law is vague about what bondsmen or bounty hunters can do, said Stephen Owens, owner of Wichita-based Owens Bonding Inc. and president of the Kansas Bail Agents Association.
A bond agent trying to catch someone should call 911 dispatchers and inform them when they are going to apprehend someone wanted by a court, Owens said.  Still, he said, if a resident has someone show up at their door acting suspiciously, they should call 911.

“The majority of bondsmen are very professional and take their job very seriously,” Owens said.