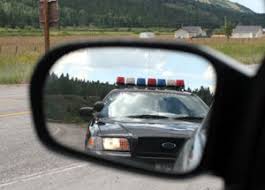 I came across this video on the Fox4 news webpage. It describes the mess that the National Driver Registry has caused some people. The National registry was created to help states identify people that had license suspensions in different states and keep them from going across state lines to get a new license when they should not have one.

This all sounds well and good but states are now using it to collect on speeding ticket and traffic tickets. We all know that the economy is not great and States are doing whatever is necessary to generate revenue, well this is now creating another source. States are combing through the old speeding tickets and traffic tickets that are unpaid and now entering them into this NDR (National Drivers Registry) and suspending people's license based on not taking care of their old tickets.

Link to the NDR:
http://www.nhtsa.gov/Data/National+Driver+Register

That’s what happened to a Missouri man when Florida went after him for a 1983 ticket.

FOX 4 Problem Solver Linda Wagar has the story.
Posted by Brandan Davies Esq. at 7:01 AM