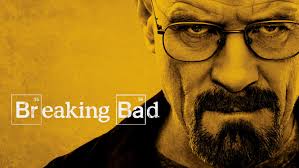 Maybe this guy was watching a little too much Breaking Bad.

Local Defense lawyer is facing 5 years for his part in a money laundering scheme.


By: Mark Morris of the Kansas City Star


A prominent Kansas City criminal defense lawyer pleaded guilty Wednesday in Kansas federal court to laundering money that he thought came from illegal drug sales.  In reality, the money came from an undercover federal agent involved in a sting operation.  Ronald E. Partee, 66, admitted that he and the operators of a Northland credit counseling service, Forbes and Newhard Credit Solutions, agreed to help hide the source of the money.  Partee discussed the storage of marijuana, according to federal court records. He also advised the undercover agent on the risk of using drug couriers and how money should be transported to pay drug suppliers, court records said.

Workers at the credit counseling agency are charged with conspiracy, money laundering and possession with intent to distribute marijuana.  Mendy Read-Forbes, 37, and Laura Shoop, 46, both of Platte City, initially were charged in June. They faced additional charges last week.  Partee has practiced criminal law for 37 years and has been a regular and genial figure at courthouses in Kansas and Missouri. Through his attorney, Gary W. Hart, he declined to comment after the hearing.  In a written statement, Hart said that Partee has been a respected member of the Missouri Bar and served his clients and the courts with distinction.

“But his errors of judgment in a small-scale money laundering case, in which he did not receive even a dime in illegal money, have now cost him his career and his freedom for up to five years,” Hart said.
According to state records, Partee served for a period on the board of the nonprofit credit counseling agency, which provided financial advice for those who were filing for bankruptcy in federal court.
In March, a member of a Secret Service task force approached Read-Forbes, telling her that he was in the “shrubbery” business and had cash that he needed to conceal, according to allegations in federal court records. The undercover agent later said the cash came from drug sales.

A month later, Partee approved two wire transfers, believing that the money had come from unlawful activity, according to the facts of the case recounted in his plea agreement.  Audio and video recorders captured a May 25 meeting with Partee in his office in which he discussed with the undercover agent and another person the storage of the agent’s marijuana, the risk of using drug couriers and transportation of the money.  U.S. Magistrate Judge James P. O’Hara accepted Partee’s guilty pleas to two money laundering counts at a 50-minute hearing Wednesday morning. O’Hara ordered a pre-sentence investigation and ordered Partee released pending sentencing, which has not been scheduled.

As a lawyer, Partee had ringside seats for some of the area’s most intriguing cases over the last quarter century.  He represented Kansas City Councilwoman Saundra McFadden-Weaver on mortgage fraud charges in 2007. She was convicted and sentenced to two months of confinement and four months of home detention.  In the late 1990s, Partee represented political consultant Cathryn M. Simmons in the public corruption trials of former Missouri House speaker Bob Griffin.

But Partee has told friends that his proudest day in the law came on Sept. 28, 1994, when an all-white Linn County, Kan., jury voted to acquit his African-American client, Evan Townsend, of first-degree murder in a white man’s death more than a decade earlier.  Last week, Partee began asking judges to allow him to withdraw from representing clients in several Missouri criminal cases in federal court, telling them in written motions that he could not continue. His wording was identical in each case.
“Personal circumstances have arisen for counsel such that his mental condition materially impairs his ability to represent the defendant,” Partee wrote.