People of Colorado...Don't bring your drugs into Kansas

I came across this article from a blogger in Denver.  Pretty interesting.  It is funny how crossing an imaginary line on a map with Marijuana can have such drastic consequences.  Here is the article. 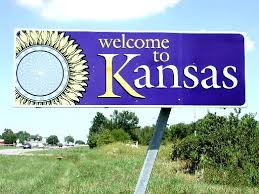 In our continued coverage of alleged profiling of cars with Colorado license plates in other states due to our marijuana laws, we shared the experiences of Westword writer Britt Chester, who was pulled over not once, but twice last week during a cross-country trip.  One of the places he was rousted was Kansas, and an attorney there says such profiling appears to be happening routinely -- so much so that he's considered buying a billboard at the state line warning people coming from Colorado to dump their pot.  According to Cal Williams, an attorney based in Colby, Kansas, the billboard would say, "'Stop and get rid of this. Don't come into Kansas with it. You can go to prison on less than an ounce.'"

Another variation on this theme is mentioned by Leonard Frieling, a Denver-based lawyer with whom Williams has brainstormed on the idea. "I imagine an electronic billboard like those speedometer signs that tell you how fast you're going -- 36 miles per hour, or whatever," he notes. "But this one would say, 'You are crossing the state line in eight minutes. Would you like to stay with us for the next five years?'"

This isn't much of an exaggeration. "As little as 25 grams can be a felony in Kansas," Williams points out. "There's a range from 25 grams to 450 grams, and even for someone with no record, a conviction could carry 46 to 51 months in a penitentiary."

Moreover, wrist slaps aren't common in these cases, whether an individual had previously steered clear of wrongdoing. "It is presumptive prison," Williams says, "with 49 months being the middle range; that's likely what it would be. And based on the fact that an ounce is 28.35 grams, less than an ounce is enough to send you to prison."

As for whether profiling is taking place in Kansas, Chester's tale suggests that it is. He told us that he and a friend were halfway through Kansas in a truck with Colorado plates when they were pulled over by a state trooper for the high crime of driving in the left lane; a law there says cars should use that lane only when passing and then return to the right. But the trooper made it clear he had other possible crimes on his mind.

"He said, 'Hey, listen, a lot of people are trafficking marijuana out of Colorado. Some of it's for medical purposes, some of it's for profit. Do you mind if I look in your truck?'" Chester revealed.  The trooper's search turned up nothing more suspicious than rolling papers, so he eventually sent Chester and pal on their way without a citation. But that didn't mean he'd given up on his tactic. "He said they were keeping their eye out for Colorado plates," Chester recalled. How often does this kind of thing happen? And how frequently does it result in troopers finding marijuana?

"I do a lot of warrantless car searches and car stops on I-70," says Williams, "and I have seen it increase a little bit since the law changed in Colorado. But I would say not enough more that I would definitely point a finger at profiling."

One reason for that, he continues, is "because the tags on cars coming from Colorado are from everywhere. If somebody from, say, Kentucky goes to Colorado and gets a couple of pounds, they're usually in a rental car, because they've probably heard that if they're in their own vehicle and they're caught, it's forfeited.  "They're using Colorado as a source," he adds, "where they might previously have gone to Washington or Oregon or California."  Moreover, Williams stresses that stopping every car with a Colorado plate would be impossible. "I live in the second county from the Colorado line, and if I went out to the interstate, every fourth or fifth car might have a Colorado tag on it."  As a result, other factors often come into play when a Colorado ride is stopped, including the type of vehicle and the look of the driver. In Chester's case, for example, he not only was riding in a truck with a covered bed, but he's young, bearded, and wears his hair long.

Nonetheless, Williams has definitely represented more Colorado clients over the past several years, beginning around the time the medical marijuana industry began booming back in 2009 and 2010. And the numbers have ratcheted up again since voters approved Amendment 64, which allows adults 21 and over to use and possess small amounts of marijuana for recreational purposes.  "I've seen slight increases since both laws went into effect," Williams points out, "but it's not a flood."

Will such stops escalate if Colorado's retail system becomes fully implemented? Perhaps, Williams acknowledges, but eventually, "I think it's going to level off. As long as there's a market, there's going to be a supply. That's free enterprise. But unfortunately, it's illegal free enterprise here."  With that in mind, Williams reminds folks here that "Colorado laws don't apply once you step over that border.... And I don't think that if I was a Colorado college student coming from Boulder or Fort Collins, I'd have something in my car. Because what's perfectly legal in Colorado is a felony in Kansas."

Posted by Brandan Davies Esq. at 8:07 AM