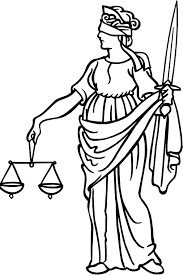 I cam across this article in the Kansas City Star.  It is just horrible what happened to these people who mistakenly trusted the wrong lawyer.  They all lost money and were taken advantage of, one to the tune of over $500,000.  Hopefully this ex-lawyer has some sort of assets to compensate the people he robbed.

By: Judy Thomas of the Kansas City Star

A former Jackson County lawyer pleaded guilty in federal court on Thursday to stealing money from a memorial fund set up in 2007 for two children murdered by their father.


Kent Desselle, 62, pleaded guilty to one count of bank fraud involving a fund for Sam and Lindsey Porter and one count of bankruptcy fraud in another case. Without pleading guilty, Desselle also admitted that he defrauded the widow of a lifelong friend of hundreds of thousands of dollars in an investment scheme.

“A disbarred attorney took advantage of his clients, including a grieving mother and a friend’s widow, to line his own pockets,” said U.S. Attorney Tammy Dickinson in a statement released after the sentencing. “He abused his clients and he abused the legal system for a client who declared bankruptcy. With Thursday’s guilty plea, he will be held accountable for his flagrant misconduct.”


Desselle, of Raytown, was an attorney in private practice when he began managing a foundation and set up a bank account to handle donations to build a playground in memory of Sam and Lindsey Porter. The children, ages 7 and 8, were shot to death in 2004 by their father, Dan Porter, in a case that captured national attention. Their bodies weren’t discovered until 2007.  A federal grand jury indicted Desselle in April 2012 for allegedly stealing from three clients, including the Porter fund. The six-count indictment alleged wire fraud, bank fraud, bankruptcy fraud and making a false oath in a bankruptcy case.  In Thursday’s plea agreement, Desselle pleaded guilty to two of the six counts. He stood before U.S. District Judge Dean Whipple in a tan corduroy jacket and said he clearly understood the charges.
The government recommended a sentence of 33 to 41 months in federal prison without parole. Whipple said he would hold a sentencing hearing for Desselle after the U.S. Probation Office completes a pre-sentence investigation.

Under the terms of the agreement, Desselle also must pay $343,045 in restitution to the widow he defrauded and $5,749 restitution in the bankruptcy case. Tina Porter, mother of the murdered children, said she was surprised at the plea agreement terms.  “I think they went very easy on him,” Porter said of Desselle. “He took advantage of so many people, and this just doesn’t make any sense to me.
“I’m glad they pursued this for as long and as hard as they did, but I’m very disappointed in Kent for not taking full responsibility for everything. I really thought he was a good guy. I trusted him, and he betrayed us.”

In the Porter scheme, Desselle set up a foundation for children called samandlindsey.org and told Tina Porter that he would handle the memorial fund account at the Bank of Grain Valley. He was the only person who could sign the foundation checks. Tina Porter asked Desselle for documents related to the account on several occasions, but he refused to produce them.

In October 2007, Desselle wrote a $12,000 check drawn on the foundation's account and put it in his law firm trust account, according to the indictment. Four days later, he wrote a $7,500 check made out to New Century Investments, a company he owned, and deposited it into his New Century account, the indictment alleges. Tina Porter did not know about either check.

Desselle came under scrutiny in February 2008 when The Kansas City Star reported that he had invested money that had been donated to the Sam and Lindsey Porter Memorial Fund into his own company. As soon as Tina Porter learned of the misappropriations, she ordered Desselle to return the money. He did so within a few days after The Star's story ran, and the playground was built in June 2008.

A second scheme involved a woman Desselle represented in a 2008 bankruptcy case.  According to prosecutors, Desselle told the woman to sell a motorcycle that she owned and give him the proceeds, which she thought he would place in the law firm's trust account and use to pay some of her creditors. The woman sold the motorcycle for $13,500, the indictment says, keeping $500 and giving the rest to Desselle.


When Desselle filed the bankruptcy petition, the document did not include the $13,000 he received from the motorcycle sale, the indictment says. The bankruptcy court ordered him to refund the money, but he kept more than $5,700.  Desselle also acknowledged in his plea agreement that he defrauded Nancy Clifton, who received life insurance proceeds in 1996 after her husband was killed in a traffic accident. According to the indictment, Desselle invested about $500,000 for Clifton, putting it in his own company and promising her high yields.

Desselle created phony documents to make Clifton think she was receiving interest payments, the indictment alleges, but the funds actually came from Desselle's law firm or from his own family members. One payment even came from the Sam and Lindsey Porter account.  Desselle told Clifton in 2006 and 2007 that her investments were worth more than $600,000 when he actually had lost all of her money years earlier, the indictment says.

When Clifton read The Star's story in 2008 about Desselle's handling of the Porter case, she demanded that he liquidate her investments immediately. Desselle eventually told Clifton that he'd lost all of her investments.  Desselle was disbarred in 2009 by the Missouri Supreme Court, which found him guilty of multiple violations of the rules of professional conduct that govern attorneys. He had been the subject of numerous complaints filed the year before, most of which accused him of mishandling clients’ money.

Clifton and her son, Andrew, sat in the courtroom Thursday and watched as Desselle pleaded guilty. After the hearing, Desselle walked over to them and put his hand on Andrew Clifton’s shoulder.
“He said he’s going to write a book and then use the proceeds to pay her back,” Andrew Clifton said later, shaking his head. “I’ve known Kent all my life; we went to school with his kids. I’m not as concerned about his being punished as I am about him paying his debt to society and not being in a position where he can do this to other families.”

After the hearing, Nancy Clifton said Desselle was a longtime friend of her husband. The two had gone to high school together, she said, and Desselle was the best man at her husband’s first wedding. When her husband died, Desselle attended the funeral and offered to help her with legal matters. That’s when she let him invest her life insurance.  “This has been horrible,” she said. “It affected my retirement completely. I would have been set for life. Now, I have to worry about my future.

“It’s one thing to be taken advantage of by a stranger, but when it’s someone you trusted who was a family friend ….”

Email ThisBlogThis!Share to TwitterShare to FacebookShare to Pinterest
Labels: what happens when you hire the wrong lawyer