One of the top reasons British get divorced...#1 Wife drinks too much

Came across this brief article in the Huffington Post.  I'm not sure this is true in the states..What do you think.

Divorce Causes: A rising Number of Divorces are being Blamed on Wives' Drinking says UK Lawyer 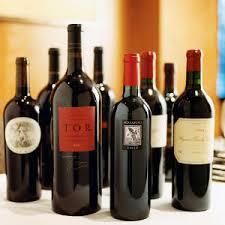 A growing number of Brits are citing alcohol as a contributing factor in their divorces -- and it's the wives who have the drinking problem in the majority of the cases, according to one divorce attorney.
Family law attorney Amanda McAlister told the Daily Mail Wednesday
that she sees 40 to 50 divorce cases every year where drinking played a part in the marital breakdown. By her calculations, the number of men citing alcohol as a cause in these cases has risen by 70 percent in the last five years.

"Husbands will often initially cite a different reason for divorce, such as that their wife doesn’t work or help around the house," McAlister told the newspaper. "It only later comes to light that the reason she’s not doing so is because she’s often drunk or nursing a hangover."

It's not the first time the link between drinking and divorce has been in the news as of late. In February 2013, researchers from the Norwegian Institute of Public Health found that heavy drinking and incompatible drinking -- where one spouse consumes far more alcohol than the other -- increase the chance of divorce. The risk of divorce was especially high when the wife was the one imbibing.