Another shooting incident at an unsecured or not adequately secured event venue.  Read the Kansas City Star article below, my comments follow.

In the aftermath of two shootings that wounded seven people, including one juvenile, city officials are asking what they can do. 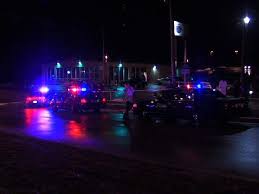 “We live in a time that is more violent,” said Danny Rotert, communications director for Kansas City Mayor Sly James. “We don’t want to tell kids they can’t hang out with each other. But there continues to be this issue.”  Arguments erupted into gunfire in southeast Kansas City and Grandview early Sunday morning. Two of the seven victims had critical injuries.  Five people, including at least one juvenile, were shot at an all-ages “Twerk Fest” dance concert at the Tropical Palms Banquet Hall, 87th Street and Hillcrest Road.  The shooting occurred about 11:45 p.m., and about 1
50 juveniles were still at the scene when police arrived. Officers found three shooting victims, and two others arrived at the hospital in private vehicles.

On Sunday afternoon, police said three of the victims were in serious but stable condition, and two were critical but stable.  Police said the shooting apparently started with an argument in the banquet hall, which had been rented for the occasion. Witnesses told investigators that someone fired inside, striking one person. The shooting continued in the parking lot, where the other victims were struck. Police said they had limited information about who fired the shots.  Councilman John Sharp said Sunday night that city officials would investigate.  “It’s safe to say city officials will be talking to (the owners) about how they operate and will be investigating this,” Sharp said.  In Grandview, another shooting shortly after 3 a.m. started with an argument between two men in a gas station parking lot and left two people wounded.

Grandview police said patrons of a south Kansas City nightclub gathered in the gas station parking lot in the 11900 block of Blue Ridge Boulevard after the club closed. The two victims were taken to hospitals with wounds that were not life-threatening. One of the victims was released from the hospital.  Grandview and Kansas City patrol officers located two vehicles and several people who were thought to be involved. Grandview detectives were conducting an investigation. The Twerk Fest promoters could not be reached Sunday for comment. The hall owners also were unavailable, but they have said the facility is used for numerous events, including weddings and anniversary parties.
It’s not the first time the banquet hall has had problems. In 2008, with more than 500 kids attending a similar music event, six people were shot.

Dion Wiley, 20, died when he was shot in the head. Kevin D. Roberts, 17, was accused of killing Wiley and wounding two others. He said he was firing at someone who started shooting first. Roberts was convicted of second-degree murder, unlawful use of a weapon and three counts of armed criminal action.  For Saturday night’s show, “All Gold Everything/March Madness Twerk Fest” — which refers to dancing that emphasizes shaking the rear — promotion appears to have been done largely online.  That’s where young people were reacting to the shooting later Sunday, some tweeting that they had seen it, others expressing anger.  Dealing with rowdy teens has been a chronic problem in Kansas City. “We continue to have an issue of finding safe things for kids to do,” Rotert said.

The Kansas City problem reached a tipping point on Aug. 13, 2011, when three teens — ages 13, 15 and 16 — were injured in shootings on the Country Club Plaza during a melee in which Mayor James was shoved to the ground by his bodyguards.  That chaotic evening prompted the city to adopt a summertime curfew of 9 p.m. for minors without adults at the Plaza and in four other entertainment districts. From October through Memorial Day, the curfew is 11 p.m. weeknights and midnight on Friday and Saturday nights. The city also started providing weekend night activities at several of its community centers for about six weeks at the end of summer 2011. The program expanded in summer 2012 with “Club KC,” which drew more than 1,000 high school students on some weekends to the Brush Creek Community Center, to dance, swim and hang out.

The need to provide more youth programming was one selling point when voters last August approved a half-cent sales tax increase for the parks department and community centers. Part of that money is designed to keep community centers open longer and provide more youth activities.  The city manager’s latest budget proposal calls for spending $400,000 for weekend summer youth programming from that half-cent sales tax. But the mayor also has called for adding $5 to the city’s existing parking violation fines, which would raise about $250,000 more to sustain weekend summer clubs in six community centers. The City Council will vote on that budget proposal March 28.

What is it going to take to get through to this venue that they need to have adequate security when they have these events?  You would think that they would have learned their lesson the first time this happened and either hire security themselves or not allow the venue to be rented out unless the the promoter/event planner hires adequate security.

When seriously injured in an incident like this you need to obtain an experienced personal injury lawyer to investigate the facts and determine whom is at fault.   If you or a loved one find themselves in need of an experienced personal injury lawyer please contact the attorneys of Copley Roth and Wilson LLC.  Our firm has extensive experience handling personal injury and wrongful death claims and is here to compassionately assist you in your time of need. If you, a loved one, or a family member has suffered the devastating , and oftentimes tragic consequences of failed security, please do not hesitate to contact Copley Roth and Wilson, LLC (913-451-9500) to address any questions or concerns you may have.  The initial consultation(s) telephone and in person, are always free.
Posted by Brandan Davies Esq. at 7:31 AM