As a follow up to the article posted in the Lawrence Journal World and reposted on our Blog here.  DUI charges can cost a lot more than what you pay an attorney, and fines.  DUI charges can have a drastic impact on your ability to find or maintain employment if they are not handled properly.  This is a lesson that the Head of the Federal Aviation Administration is now learning the hard way.

As Reported on Reuters - 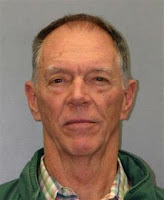 The top U.S. aviation safety official resigned on Tuesday over a drunken driving charge, leaving the Obama administration without a seasoned leader to oversee key legislative and policy initiatives. Transportation Secretary Ray LaHood said in a statement that he had accepted Federal Aviation Administration FAA.L chief Randy Babbitt's resignation one day after the case became public.  Babbitt, 65, was pulled over by police on Saturday night in suburban Virginia for driving on the wrong side of the road. He was charged with drunken driving and released, pending a February court appearance.  A former pilot and union official, Babbitt said he would not "let anything cast a shadow" over the FAA, but did not mention the arrest.  "I am confident in their ability to successfully carry out all of the critical safety initiatives underway and the improvements that the FAA has planned," Babbitt said.
LaHood called Babbitt a "dedicated public servant" and credited him with improving relations between the agency and the air controllers union, and introducing new pilot training guidelines.
Deputy Administrator Michael Huerta will serve as acting administrator of the FAA, which has more than 40,000 employees and oversees air traffic control and commercial and private aircraft safety.  Babbitt, who flew for Eastern Airlines for 25 years and was a founding member of the Air Line Pilots Association ALPA.L, was in the middle of a five-year term.  While the incident and resignation are not expected to give the White House political headaches, his departure leaves a sizable hole in an FAA that was in turmoil when he arrived.

A CRITICAL TIME
House Transportation Committee Chairman John Mica said Babbitt's departure "creates a serious setback" and leaves the agency "in limbo at a critical time."  Babbitt inherited an agency that had been without a permanent leader for nearly two years and was wracked by a contract dispute between the Bush administration and 15,000 air traffic controllers.  He was respected by Republicans and Democrats for his ability to resolve labor tensions with a new contract and push through a series of safety measures, including the pilot training rules.  His most difficult period involved a controversy this year over controllers sleeping on the job. He leaves the FAA with two major regulatory and legislative initiatives unresolved.  One involves a year-end drive in Congress to finalize legislation to modernize the aging air traffic network and the other covers a pending regulation on pilot fatigue, which airlines oppose, saying it is based on flawed analysis and would dramatically increase costs.

It was unclear whether Babbitt's departure would chill one or both of those efforts although the chairman of the Senate Commerce Committee, Democrat John Rockefeller, said he was glad to see the administration act decisively in accepting Babbitt's resignation.  Another member of that panel, Amy Klobuchar, sent a letter to LaHood on Tuesday urging the administration to approve the pilot fatigue regulation, which has not been updated in decades.  The trade group representing major airlines had no immediate comment on Babbitt's resignation. The air controllers union also did not have any comment.

Posted by Brandan Davies Esq. at 6:41 AM