This man claims that the court doesn't have the power to punish him.  That argument didn't exactly work. 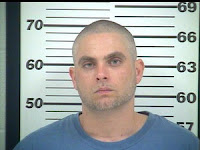 A Platte County jury has found a self-described “sovereign citizen” guilty of driving while intoxicated and driving without a license.  Jurors on Monday convicted Adam David Mael, 32, of Kansas City, North during a one-day trial.  A Missouri State Highway Patrol trooper had stopped Mael in October 2010. Mael allegedly performed poorly during field sobriety tests and refused to provide breath and blood samples after being arrested and taken to the Platte County jail.  Further investigation revealed that Mael’s driver’s license had been revoked for refusing a breath test in July 2010.
When a trooper read Mael his Miranda rights, Mael said: “I give you no jurisdiction over me, and I do not submit to anything you say about me.”  Mael represented himself during Monday’s trial, citing the Declaration of Independence and Articles of Confederation in his opening statement and arguing that the government had no authority over him. He also subpoenaed Gloria Boyer, county recorder of deeds, in an apparent attempt to demonstrate that the government didn’t own the road on which he had been driving.

The jury recommended three-and six-month sentences, respectively, for the DWI and driving without a license convictions.  Platte County Prosecutor Eric Zahnd described Mael as one of growing number of people who claim they have not consented to government jurisdiction, but the jury’s verdict didn’t concern that issue.  “It was about keeping our community safe from drunk drivers,” Zahnd said.  “After a 12-hour day hearing evidence and rendering a verdict, these jurors unanimously recommended this defendant spend six months in jail,” he said.

Mael is scheduled to be sentenced Jan. 11.