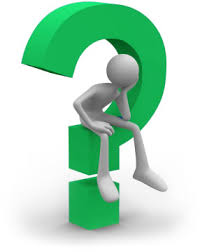 Now this is a strange one...A lesbian couple wanted to add to their family of seven children.  They contracted with a auto mechanic in Topeka to donate sperm for the pregnancy.  It is unknown at this time how the insemination occurred.  The man signed away any claim for the child and was not involved in the child life.  The lesbian couple eventually broke up and the mother of the child was unable to work due to an illness.  Now the State is coming after the auto mechanic to try to get the child support form the sperm donor.

Here is the article...What do you think?

Kansas state officials are seeking child support from the sperm donor to a lesbian couple in exchange for the state providing the child's mother with financial aid.

The Kansas Department of Children and Families has filed a claim against William Marotta, a mechanic in Topeka, demanding child support for the 3-year-old daughter of Topeka residents Jennifer Schreiner and Angela Bauer, to whom he donated sperm in 2009, the Topeka Capital-Journal reported. Schreiner and Bauer had sought financial assistance from state welfare officials after Bauer stopped working due to illness and could not financially support Schreiner and their children.

According to the Capital-Journal, Schreiner and Bauer are no longer together but still co-parent their eight children. Because Schreiner is the 3-year-old's sole parent under Kansas law, which does not recognize same-sex unions, the state cannot seek child support from Bauer.

"More and more gays and lesbians are adopting and reproducing, and this to me is a step backward," Bauer told the Capital-Journal. "I think a lot of progressive movement is happening currently in the world as far as gays and lesbians go. Maybe this is Kansas' stand against some of that."

Bauer and Schreiner had signed an agreement with Marotta releasing him from all responsibility for the child. The state argues in court documents that because a doctor did not handle the artificial insemination as required by state law, the contract among the three is not valid.

Marotta is seeking to have the case dismissed. A state judge will hear arguments next month, The Kansas City Star reported. Marotta's lawyer, Hannah Schroller, told the Star that her client believed he was a sperm donor and not a parent. Schroller also argued in court papers that the state's interpretation of the artificial-insemination-by-doctor requirement fails to protect sperm donors because it would allow Kansas women to have sperm shipped to their home from a sperm bank and inseminate themselves with the intent of then demanding financial support from the donor.

A spokeswoman for the Department of Children and Families told the Star that she could not comment on the case.
Posted by Brandan Davies Esq. at 7:37 AM